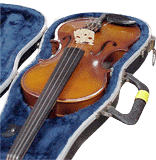 In this final (for now) installment of my little series on rules of thumb that we music teachers occasionally break I am going to open up a can of worms that I am sure is destined to get some response (at least I hope it will).  The topic today is about home based practice and whether or not requiring written practice records is or is not a good idea.  Do practice records really encourage kids to practice or do they just teach students to lie?

Some of my colleagues and I occasionally get into discussions over whether or not requiring practice records to be filled out by students is a good thing or not.  My feeling is that while they are not absolutely necessary the knowledge that I am going to ask them every week how much they practiced is an incentive that might make some students practice more than if I did not ask at all.  One comment from the other point of view though is that written practice records have a different and unintended function, to teach kids how to lie.

The conclusion that I have made in my case is that since our high school program requires students to turn in practice records then we at the 5th grade level also need to do it if for no other reason than to set up a good habit.  It is obvious that some of them are lying or exaggerating on their times though so I donate actually use this data as a valid assessment method.  Instead I always write down what they tell me for practice time then next to it I make a comment, usually just a plus or a minus, to remind me that during the lesson they actually did or did not seem to have improved since the last one.  In other words, the student can say they always practice two hours but if they also always get a minus next to it then we need to either work on practice regimen or we need to require a parent signature.  Granted, even the parent signature does not help with some students, but at least it is another step in the right direction.