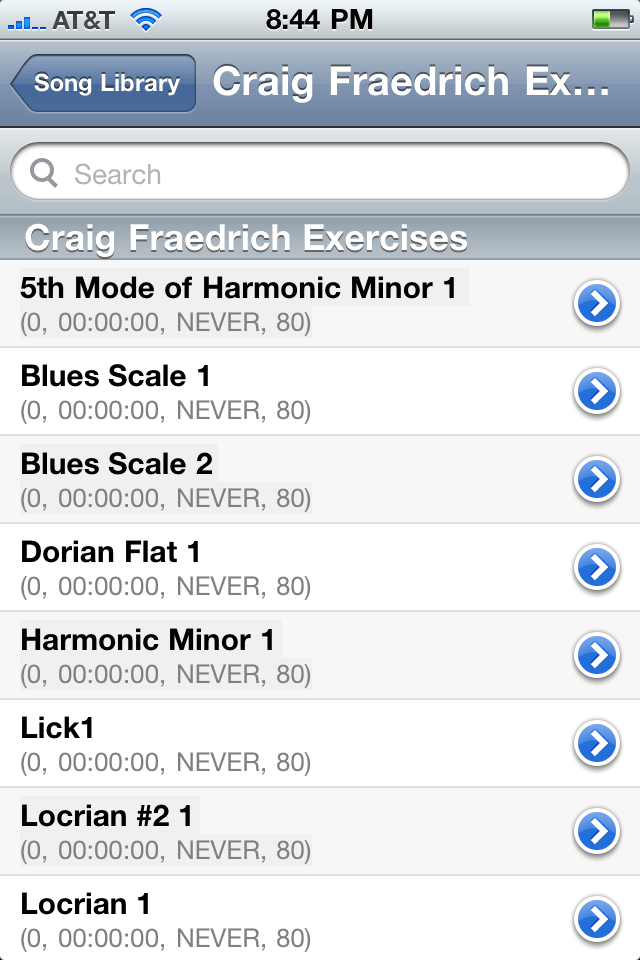 Using Trumpet Pro
In each of the apps the user holds the iPhone or iPad on its side with their three playing fingers touching the instrument buttons on the screen. A staff of notes shows the notes to be played, and a moving highlight moves across the screen to show where in the music the song is currently playing. Incorrect fingerings are marked in red while correct fingerings remain in black.

In playing the with application it was obvious early on that this is a very well thought out application with a lot of potential for helping students learn fingerings in a fun, challenging way. The tempo of each song can be adjusted or transposed as desired, and the player's score can be uploaded to a leader board to see how they compare to other aspiring performers. In fact, the amount of customization one can make to this application is perhaps one of its greatest selling points.

Trumpet Pro for iPhone currently sells for $19.99 in the iTunes App Store and should be considered to be a great value for the amount of materials and amount of customization provided in the app. Trumpet Pro HD for iPad sells for $29.99 but the beefed up screen size on the iPad means that more measures can be shown and with less eye strain on the user. The ten dollar up charge is well worth it for those that have iPads. Also available from the same company are apps for practicing French Horn fingerings as well.