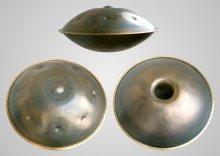 Not too long ago I first was exposed to a very cool and earthy sounding musical instrument known as the Hang Drum.  Pronounced "hung" the drum also is known in various places around the world as the Hank Drum.  Played with the fingertips, the drum is visually similar in playing style to what one would see with steel drums but the sound is quite different and in a word, unique.  The Hang Drum can be played in more ways than as a simple percussion instrument, with demonstrations to be found that show how it can be thumb rolled like a tambourine or even drawn with a bow like a saw harp.

What Is A Hang Drum?

A Hang Drum, also occasionally known as a Hank Drum, is essentially two metal bowls sandwiched and sealed around the edges to create a hollow cavity inside.  On the bottom side (known as the "Gu" side) a hole allows the sound to resonate and amplify properly thanks to a property of physics known as Helmholtz Resonance.  This resonance that gives the Hang its distinctive sound is also the same property that one can experience when blowing across the top of a pop bottle.

The top side of the Hang (known as the Ding) has dents pounded into it to allow it to produce seven to nine specific tones, but unlike the steel drums that are synonomous with Carribean music the Hang Drum goes through a special process called gas-nitriding that hardens the bowls to achieve an even more ethereal sound.

Where Did The Hang Drum Come From?

At first glance most people think that the Hang is an ancient style of hand drum when in reality the Hang has only been around since 2000.  Created in Switzerland the PANArt Hang Drum consists of two metal pans with specific tuning indentations allowing for seven to nine different notes.  Since its debut the Hang Drum has garnered quite a following, and in turn this has made the instrument incredibly hard to acquire. 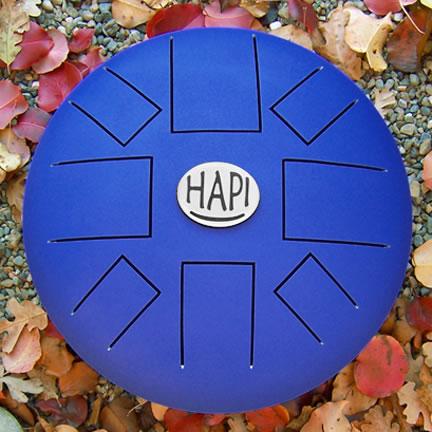 Finding or Making Your Own Hang Drum

Due to the difficulty of finding a true Hang Drum other companies have begun to develop alternatives to the instrument.  Some, known as the HAPI drum or another sold by Drum Vibe are visually similar in shape and design but obviously lack the incredible acoustic qualities of the real instrument.  For those that are comfortable using power tools and have a lot of patience Instructables has also posted a video tutorial on how to transform an empty propane tank into a Hang Drum replacement.

There are literally dozens of YouTube videos featuring Hang Drum artists performing their own compositions but a few have produced CD's and made them available through retailers such as Amazon.  Some, such as Randy Granger mix hang drum with other instruments to recreate both classic songs and hymns as well as purely original compositions.