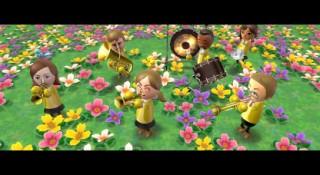 Anyone that does not think that technology will not be pervasive in every aspect of the music education classroom of tomorrow should think again.Â  In the last twenty years music technology tools have reshaped the way music is written, performed, and taught in ways that we never could have expected.Â  The archaic, ugly runes of the first versions of Finale and Sibelius have given way to engravings that can go directly from printer to publisher.Â  The bits and bytes of Garage Band and Reason have changed the way we work with live music both in the studio and in the classroom.Â  Now a new innovation is poised to change music education forever, and it is long overdue.

For decades as children all over the world grew up playing with Mario, Zelda, and Donkey Kong, the music education profession hummed along silently (or not so silently), doing things the way we always have.Â  Now a new slate of highly interactive and reasonably inexpensive music games are being released that in the right hands can go far beyond being a simple way to pass the time.Â  Several months ago the UBS Virtual Maestro toured the country, allowing people to take up the virtual reigns of a symphony orchestra and control them through hand gestures.Â  Today, with the new Wii Music game from Nintendo, a student can stand in a music classroom and discover what conducting is really about, making a virtual symphony speed up and slow down with each properly placed ictus.Â  The game adds a new and incredibly fun twist to a part of music fundamentals that often gets glossed over. In a recent press release the new Wii Music game is touted to be able to provide the following fun activities:

While it is probably a given at this point that Wii Music will not use standard music notation it is still nontheless very intriguing to think about how this game could be used not only in general music but also in beginner instrumental classes as well.Â  Physical education classes are already using the Wii and other game systems as activity centers for games like Dance Dance Revolution.Â  Imagine the total engagement of learners in a classroom where they get to make rhythms and music in this fun, virtual music classroom.Â  Purists will balk of course, saying that these are not real instruments, but consider that twenty years ago MIDI keyboards were barely considered instruments as well.Â  The future of music education lies in technology, and games such as these are opening up many possibilities for us to explore and use in our classrooms.