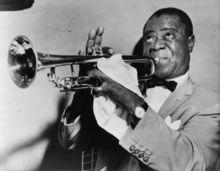 The Mixolydian mode is built from the fifth note of the major scale and when stacked in thirds builds a 7th chord, most often referred to as a "dominant" 7th chord. Aside from the Ionian mode, the Mixolydian mode is one of the most commonly used modes as it works very well over all of the chords in the twelve-bar-blues progression. Because of this, it is often the first mode many players learn when they are ready to progress from the basic blues scales that are often the first scale many players learn.

The Aeolian mode, often referred to as the Natural Minor or Relative Minor scale, is built from the sixth note of the major scale and when stacked in thirds builds a m7(b13) chord. The b6 (b13) interval is the only note that differentiates it from the Dorian mode, as these two modes are otherwise built the same. Along with the Dorian mode, the Aeolian mode is one of the most common mode choices for players when soloing over m7 chords. As well as being used to solo over iim7 chords, in a similar fashion to Dorian, many players also use the Aeolian mode over im7 chords in a iim7b5-V7alt-im7 chord progression.

The Locrian mode is built from the seventh note of the major scale and when stacked in thirds builds a m7b5 chord, with a natural 11th and b13th. This mode is most often used to solo over the iim7b5 chord in a iim7b5-V7alt-im7 chord progression and since it is the only mode that has the b5 interval, it has a distinctive "dark" sound that is not found in any of the other modes of the major scale.

The following chart lists all of the modes of the major scale in the key of C, which allows us to easily compare them to all of the other modes from the same root. The intervals found within the parentheses are the notes in that particular mode that are different than the Ionian mode. For example, next to the Dorian scale are the intervals b3 and b7, by adding these alterations to any Ionian mode we can make it a Dorian mode. If we add them to an A major scale, A B C# D E F# G# we get A Dorian, A B C D E F# G, the same can be done for any mode in the chart.

The following chart shows each mode of the major scale arranged in order of the "brightest" to "darkest" sounding modes. The term bright in this sense means that it has the least amount of flattened intervals within the mode, and the term dark means that it has the most flattened intervals within the mode. The interval written within the parentheses, next to each mode, is the one interval that is different than the previous mode. For example, the (nat 11) is the only different between the Ionian and Lydian modes. Therefore, each subsequent mode in the chart has one more flat than the mode before it, and one less flat than the mode after it. Notice how the first three modes, brightest, are all "major" based modes as they contain the Maj 3rd interval, while the other four modes, the "dark" modes, are all minor based modes as they all contain both the b3 and b7 intervals.