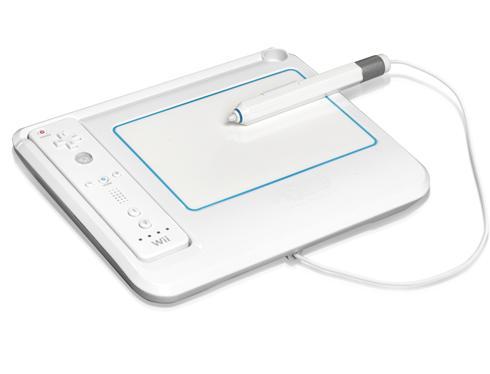 For those of us that are fans of the WiiMote Whiteboard (a DIY interactive whiteboard that consists of a $40 WiiMote, a Bluetooth dongle, and a piece of special software) a new accessory due to premiere in November 2010 may make low cost IWB's even more commonplace.  Called the uDraw and made by the folks at THQ the device is a drawing tablet that has a holster on the left side for a standard WiiMote from a Nintendo Wii video game system.  The uDraw is intended to be used by three different video games, including Pictionary, but it is almost certain to be only a matter of time before Johnny Chung Lee or one of the hundreds of other WiiMote Whiteboard enthusiasts get their hands on the device and mold it into serving classroom needs as well.