Relaxing With The Music Of Minecraft 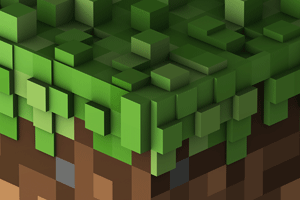 I've never really got the hang of it, but for those of you who are open, raving fans of Minecraft (an indie multiplayer crafting game) have you ever stopped to simply listen to the musical soundtrack that accompanies the game?  The music in Minecraft is far more modern than the game's trademark eight bit graphic style, and even non-players can appreciate and relax to it as the music is intended to accompany the game rather than overpower it.  If you don't fancy having to search through countless dungeons to find the individual Minecraft music discs for each song, or if you simply enjoy slow paced ambient electronic  music read on and find out what the buzz is all about.

The Minecraft music soundtrack is available as a donation based download from the composer, a young musician from Germany named Daniel Rosenfield who goes by the handle C418.  Minecraft's soundtrack is very electronic but not in a pumped up, abusive way.  You can listen to the complete version of all of the tracks in the album on the Minecraft album's home page on the bandcamp indie music site.   It's actually very soothing, or at least some of the more ambient tracks are, but for those wanting a little extra energy there are a few tracks that fit that bill as well.  I actually found that just hitting play and listening to the music in the background as I worked helped me to focus a bit better (damn my ADHD and all...)

If it turns out that you enjoy C418's Minecraft music then you should also take a look at his first real album, titled 72 Minutes of Fame.  He calls it his attempt at being recognized for something other than being the composer of the music of Minecraft.  It's not too bad, and a definate departure from the game music, and even includes some nicely blended vocals.