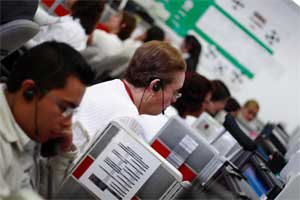 All good things come to an end and so too approaches the end of free phone or case tech support for many of MakeMusic's Finale music notation software programs.

As of August 15th, 2012 MakeMusic will no longer offer free tech support for Finale 2009 and earlier versions of the software.  One would assume that this also would apply to other Finale products as well but this was not mentioned in the press release.  If you are one of those unlucky thousands who will soon find themselves alone in the dark (aside from the free online tech support documents they are going to leave in place) then MakeMusic is offering special pricing on upgrades of the software through the end of July.  Amazon however still has the 2012 Finale and earlier versions for sale at close to full price.

Honestly I have never asked for help with these earlier versions but one has to wonder, do people still call in about Finale 98?  I would guess they must since the MakeMusic/Finale support web site still lists sections to limit your search to each version dating back yearly all the way to '98.  In the grand scheme of things this really isn't that huge of a surprise, although it does seem to come at a very inopportune time for many schools districts as they start up in the fall.  Some of the biggest load for these older versions probably come from schools and teachers needing help with one thing or the other as they prepare to get the new year started.