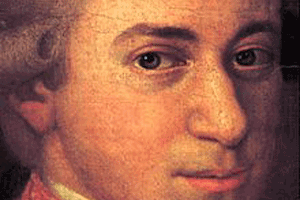 Music education programs across the country are coming under fire during tough economic times.  In every corner of every state booster organizations and music education advocates are tuning up to try to save their local band, choir, orchestra, and general music programs.  In order to provide a powerful, positive defence of why music should be in the schools we have to have powerful, valid arguments for why it is important.  The problem is that some of the commonly held assumptions about music education are no longer valid.

When going before a school board and pleading a case for your local music program you have to have solid, verifiable facts, preferably with numbers showing your data is relevant the local issue.  This article focuses on one of the more popular myths and assumptions about music education that may actually weaken an argument rather than strengthen it.

Stop Referring To Questionable Research About The The Mozart Effect!

Back in the early 1990's a team of researches (Rauscher, Shaw, and Ky, 1993) published a paper showing that participating in musical activities increases a person's abilities in spatial reasoning.  It demonstrated that a person's spatial IQ increased as a result of listening to music.  This "Mozart Effect" became all the rage back in the late 90's and early part of the new century and has been used by music advocates to justify why we should have music in the schools.

The problem is that most people never bothered to read the whole study.  The popular media grabbed at the headline of "music makes you smarter" when in reality the study clearly says that no long term improvements were found and that most participants went back to normal as little as fifteen minutes after listening to music.  Moreover, subsequent studies by other researchers around the globe have been mixed.  Many have shown no improvement as a result of listening to music while others have shown that it may indeed help.

Why We Should NOT Focus On The Mozart Effect

#1-  Aside from the ambiguity in the findings of the mentioned research it should bear in mind that these studies all focus on listening to music, not making music.  Anyone can turn on a CD in class and have their students listen passively to it while performing a task.  If you are building a case to save a music program in your school you need to focus on things that preserve the need for having an actual music teacher employed by the school.

#2-  While the idea of the Effect is very popular it carries little or no scientific, data driven weight behind it.  A school board member that does his research will know this fact or it will be pointed out to him or her during discussion of the topic.  If you are attempting to build a case in favor of a music program you need data that cannot be blown off or refuted.

There are many other valid, data driven ways to advocate for your local music programs.  Some of those will be covered in future articles so check back on this site often for updates.  For other information, including lists of music advocacy resources be sure to take a look at the NAfME Groundswell, The Children's Music Workshop, and School Music Matters.