How To Get Your Ensemble On Disc 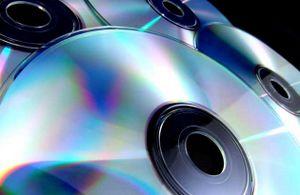 Having a professionally produced CD or DVD of a significant performance can be a great way to bolster the pride and prestige of any performing arts organization.  Whether the recordings are produced as mementos of an event or as discs to be sold as a fundraiser getting the recording reproduced in large quantities can be a complicated process.  We spoke to Tim Anderson, Orchestra Director at Autrey Mill Middle School in Johns Creek, GA, and  Ted Henderson,  Dean of Visual and Performing Arts, Alum Rock School District, San Jose, CA to get some help in understanding the process of taking your ensemble’s recording from plastic to platinum.

Making and Editing The Master Recording

Any CD or DVD project has to begin with a high quality recording of the performance.  Not only does the recording need to sound good it is also important to record it at the proper bit rate settings to reduce the need to convert it.  Remember that you can easily down sample a recording with minimal problems but up sampling a poor recording to CD quality will almost always sound bad.

Once you have the recording in hand it is time to do some basic editing before trying to put it on a disc.  Editing and mixing a master recording in preparation for duplication is every bit as much an art as making the music itself.  Henderson points out that “leveling” a recording is always a good idea.  This process adjusts the volume levels of the recordings on a CD so that there is no need to adjust the volume of each track as you listen.  He also suggests applying an equalizer filter to all of the tracks on the disc to make them all feel acoustically similar.

While you can do these things yourself using a good audio editing program and some carefully configured filters, Tim Anderson says that mastering is a process that is sometimes best left to the professionals.  “The experience they bring to a project is vastly superior to almost anything you’d find anywhere but in a dedicated mastering house.”  He says you also need to consider the reason for going through the mastering process.  Hiring a professional to master the recording “is all but mandatory if you’re looking to be competitive from a national sales perspective but is probably not worth the time or money for smaller things that won’t be sold or don’t need to be perfect polished finished products.  It’s a very subtle but impressive change when it’s done right.  I liken it to putting on polarized sunglasses.  Everything will suddenly just sound a little cleaner.”

Unless you own a commercial CD duplication machine any run of over a couple of dozen CD’s  will become quite a task.   For directors who intend to make copies of discs on a regular basis purchasing a commercial duplicating machine might make sense.  Remember though that it is also important to think about what the disc will actually look like when it is done.  CD’s burned at home or on a low end duplicating machine usually are limited to using adhesive labels or utilize special technologies like LightScribe to burn labels directly onto the disc.  The problem with these is that they do not look very professional, and if your intent in making the CD’s is to sell them or promote your ensemble you will likely want the discs to look just as professional as your ensemble sounds.

Professional copy houses have a lot of additional options that are usually impractical to attempt on a small scale.  Most have the ability to do multicolor screen printing or advanced thermal transfer printing directly onto the disc in ways that will not smudge or smear if the disc was to get wet.  This, as well as custom printed inserts and CD cases make the disc a little more expensive to produce but go a long way toward making the disc look more professional.

When considering hiring a professional copy house to reproduce your recording there are a few things to be aware of.  The first thing you must consider when ordering large quantities of discs is whether to have them burned or replicated.  Duplicating (burning) a disc in this regard is exactly the same as you could do in your office using blank CD-R or DVD-R media.  Replicating a disc involves the company making a glass master and having multiple copies pressed off of that master.  Most copy houses will suggest the pressed option for orders of over 300 copies as this is the point where the increased quantities makes the process more cost effective.

When sending an order out to a CD copy house be aware that most will require you to be responsible for up to a 10% over-run or under-run.  This means that if you order 100 copies they might make as many as 110 as they check each disc for defects.  You might also wind up with as few as 90 copies because of this same problem.  In most cases you will be financially responsible for anything up to the 10% extra.

Digital Distribution and Performing on the Web

In today’s Internet connected world many people are skipping burned discs completely and taking their music directly to the web in the form of digital downloads.  There are many different options and outlets for you to publish your ensemble’s recordings.  Depending on your abilities and goals for the recording you can simply host the music on your organization’s web site, but this can potentially put a strain on your school’s bandwidth, especially if the recording becomes quite popular.

For a wider audience for your audio recording you can use a company such as iTunes Connect or CDBaby.  These online distributors will provide your music to the public on a pay-per-download basis.  Some companies such as CreateSpace will do the same thing for video downloads as well.  In the case of CreateSpace they provide both download and burned DVD options to customers.  In most of these cases you set the price of the download and the provider will take a percentage of all sales to pay for their bandwidth and other costs.

Always remember that making a reproduction of any piece of music requires that you get a mechanical or digital license for those copies through the appropriate channels.  While music publishers allow educational institutions to perform their music in educational concerts without fees, this does not apply once a recording is made for public distribution or resale.  Any copy made of a copyrighted song must be properly licensed.  Getting the licenses are “always the responsibility of the director,” says Anderson.  “The replication companies will always make you sign off that you either have secured the rights or that all the material is original.”

In the past obtaining these licenses was often an annoying, lengthy process done via the phone and mail.  Today things are much easier and in most cases the fees for licensing the music can be paid for using a credit card for only a few cents per copy plus a modest processing fee.  Following through with this process makes sure that your copies are legal and that the original composer of the music gets the royalties due to them.

For most commercially published music licenses are obtained through the Harry Fox Agency (harryfox.com).  Using their online licensing tools you can license as few as 25 copies of a copyrighted song.  If you intend to make your recording available as a digital download or as a streaming media file Harry Fox can provide those licenses as well.  Video reproductions usually require a sync license that may in many cases require you to go directly to the publisher.

Another important thing to consider when making copies of any school performance is to secure the proper releases from all of the students that are involved in making the recording.  Says Henderson, “It’s always a good idea to get release forms. At the minimum, at the beginning of the year, make it well known that audio and video likenesses of their student may be used in the promotion and fundraising of your department. Then, offer a form where parents are given a chance to to opt out. I might even include the disclaimer on everything I send home.”

Making a CD or DVD of your ensemble can be a time consuming task, but it can also be one that pays many dividends later on in terms of pride and public support.  Today’s technological tools and services make the process a little less daunting and within the reach of almost any musical organization.

An edited version of this article first appeared in the April 2012 issue of Teaching Music magazine on page 26-27 under the title How To Get Your Ensemble on Disc. A copy for personal or research use may be downloaded but no further use of this article is permitted without written permission from the National Association for Music Education.