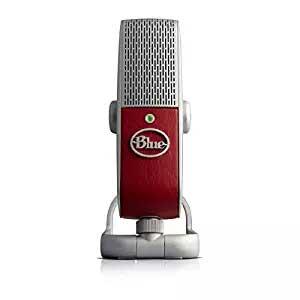 Are you in the market for a small, easily portable but great sounding microphone to use for podcasting or for recording vocal or instrumental performances?  I got my hands on one of the new Raspberry Studio USB/iOS Microphones by Blue Microphones and took  it for a test drive.  Using it both to record a podcast and to take around to record live music.  At around $200 is the rather miniscule looking Raspberry worth the price?  Read on to find out.

One of the first things I look for when buying any recording device (especially microphones) is look at the frequency response that it is capable of.  How many times have you listened to an ensemble or a singer on YouTube or elsewhere that you know sounds better than that, but the sound is all distorted and cylon sounding, especially at loud volumes?  One of the most ready examples of this at this time of the year is to look at all the hundreds of videos of DCI groups performing outside during their summer run.  Take this one for example: 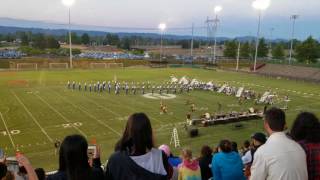 If you go to one of their performances and listen live you know that this recording doesn't come close to doing it justice.  In the recording the brass is washed out and nasal sounding and the loud parts are a jumble of conflicting sounds.  Compare it to this next clip done with professional, high quality mics at you can tell the difference even when the mics are in the crowd: 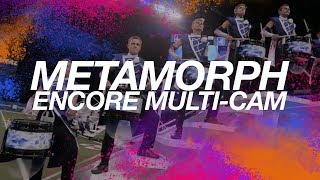 My point is that the mic you have in your phone sucks, and recording a high end ensemble or vocalist on a low end microphone equals a subpar audio experience for the listener down the line.  To get the best quality recording you have to use a microphone that will record the full range of sound, from the lowest lows to the highest highs that our ears can physically hear.  I've written about microphone selection in the past and I stick by my statement that if you want to get the best quality mic it needs to have a frequency response of 20Hz up to 20kHz.  Getting back to the Raspberry Studio mic it not only has that level of sensitivity it also has a sampling rate of up to 48kHz and has a cardioid pickup pattern so that it will be less likely to pick up cousin Jethro back in the third row of the audience who would rather talk about Game of Thrones than listen to the performance.

So the specs on the Raspberry say that it should be able to record the full spectrum of audio all the way from the tubas to the piccolo, but does it really work that well in practice?  I used it a couple of different ways in my testing, first to record the podcast featured below, but also to record some live music from solo instruments and vocalists.  The results overall were quite good. 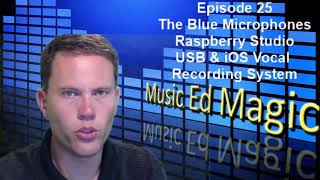 The Raspberry has a rather interesting design in that the two knobs on the sides look at first like they are decorative but in fact they control the gain/mute and the output volume (if you plug in a paid of headphones to the jack on the back of it).  On the front of the Raspberry Studio mic is a small dot that at first doesn't look like much but when plugged in it becomes a visual level indicator that flashes orange and then red when you have the mic gain turned up too high.  This was really handy, especially when connected to my iPhone and not having my headphones around to monitor with.  When connected to the PC it worked well too, but I was never able to use the headphones with it there without having lag problems in the sound.  Of course my computer is an audio nightmare when it comes to setting up to record podcasts so it probably was my machine's fault more than the mics.

Use The Raspberry On PC, Mac, or iOS Devices

As for using it on the PC or Mac the Raspberry gets recognized right away and I was able to select it from my input options in all the different audio programs I tried it with.  Speaking of which, if you think the $200 price tag is a bit high remember that the mic is not the only thing you get in the box.  Along with the mic come license codes for both PreSonus Studio One and iZotope Ozone Elements.  To buy those two programs off the shelf you are looking at around $100 for the software alone and although I had never used Ozone before Studio One is one of my favorite digital audio workstations out there and well worth the price even if you have to pay full retail.

Also provided with the Raspberry Studio are two connector cables and a mic stand adaptor.  The connector cables let you connect the mic to standard USB or to the Lightning port on your iPad or iPhone.  When plugged into an iOS device most audio programs notice the mic automatically and use it instead of the built in mic on the phone or iPad.  As for the stand adaptor I have to mention it since in the past I gave Blue some grief over including a proprietary mic stand with their Spark model.  On the Raspberry though just screw on the adaptor and attach the mic to any standard threaded stand.

The Bottom Line on the Raspberry Studio

I guess before closing I should mention the audio quality.  Like all of Blue's mics the audio is top notch regardless of what device you have it plugged into.  Just make sure to adjust the gain properly before you start recording and be careful not to bump the thing once you start.  The built in folding mic stand isn't really wide enough to feel stable sitting on a table by itself so put it on a real mic stand if you can.

Overall the Raspberry Studio is a great compact, full range mic that will serve the podcaster or musical performer well in almost any situation.  You can grab one over on Amazon for about $200 at the time of this writing.

NOTE: This website uses affiliate links to various vendors.  By clicking a link MusicEdMagic may receive a small commission for any purchases made through these links.