Never Give Up On A Student 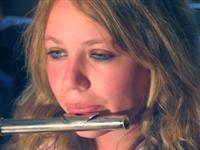 The best teachers are those who never give up on their students.  Most teachers would probably say that they never would do such a thing, but consider these words of wisdom paraphrased from Randy Pausch, author of "The Last Lecture."

When a coach or teacher is hard on their students, constantly pushing them to try harder or to do things better, that is a good thing, even when the child does not think so.  Pushing a person to be the best they can be is important, because the alternative is to ignore their deficiencies.  When you begin to ignore a student's deficiencies you begin to travel a slippery slope that leads to you giving up completely on that student.

To use Pausch's words:

"When you are screwing up, and no one says anything to you any more, that means they have given up on you..."

How many new musicians have you given up on in your career?  It is a hard pill to swallow, but there is not a single band director or music teacher alive who has not at one point or another looked at a student and said to themselves, "He's never going to make it."  The only way to avoid this is to realize that we are doing it and force ourselves to find new ways to reach that student and help him or her become successful, even in some small way.  Then, and only then, can we begin to build on that one small success and begin to turn things around for the better.

Will such a low achieving student ever become an All-Stater or a professor at Julliard?  Probably not, but at least you will not look back and feel the shame of knowing that you gave up on them.  Even if a student never manages to master the B-Flat scale the experiences they have while in our classes shape the way they look at music and at the world.  Remember that your class might just be the only positive thing that happens to that student all day long.  That is important in and of itself.

Never, ever, give up.