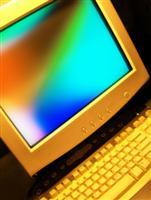 Making due with smaller budgets seems to be the new normal these days so finding creative ways to provide cutting edge music education programs is getting harder and harder.  With a little flexibility though a teacher can still provide high quality software based tools for use in their classrooms without paying a dime.  Take a closer look at MusicEdMagic's 2012 list of essential free music education software for use in both the classroom and at home.

In this area the word "best" is truly in the eye of the beholder.  Music notation software can be confusing, especially to younger students, so in those cases simplicity is better.  For older students or adults looking to write a new song on the cheap having a few more features and capabilities under the hood is essential.  For this reason this look at the best free music writing software programs includes two products.  For the beginner we have Finale Notepad 2012, and for the more demanding user we have MuseScore.

Returning to free after several years of being a paid product, Finale Notepad 2012 brings the essential elements of writing music into a simple, straight forward interface.  Adding notes to a score is a simple matter of point and click.  Listening to your creations via the built in MIDI capabilities of your computer is also easy to do, and files created in Finale Notepad 2012 can be opened, edited, and saved in any other version of the Finale family of music notation programs.  As an added bonus Notepad can also open any files made in other versions of the software, making it ideal for use in the classroom environment where a teacher with a full Finale 2012 install can create worksheets or other composition exercises, making them as elaborate as he or she wants, and then having the students open those documents, make their own edits, and then save and send the file back to the teacher for grading.  While Finale Notepad 2012 is missing a lot of the bells and whistles of the paid versions it is still a wonderful sight to see this product return to being a freely available download. When more advanced control of the music is required MuseScore is also a very capable free music notation program.  Allowing up an unlimited number of staves and up to four voices on each staff it blows away Finale Notepad in terms of flexibility and customization.  Also a big plus is the full slate of articulations, dynamics, and other important markings that make it possible to put almost any musical idea down on paper.  Another positive on MuseScore's side is the ability to open and save MusicXML files, a standard that is quickly gaining ground across all of the major music notation companies.  On the down side opening and saving MusicXML across different programs often leads to alignment and other issues as the various contenders do not all interpret MusicXML markings and layouts the same way.  Still, if cross platform compatibility is important MuseScore is the most powerful free music notation program out there right now.  If you are still on the fence take a look at a demo video of MuseScore.

Don't get me wrong, I love GarageBand and if I had a choice I would use it all the time, but for those who are locked into the PC world good old GarageBand just isn't an option.  For those people we can take the sting out of things a bit with some free loop sequencers and digital audio workstation programs.

Windows and Linux Only

Yes, the name of the software is Linux MultiMedia Studio, but you don't have to have Linux in order to use it.  This Windows port of LMMS provides you with a fully functional multichannel digital audio workstation capable of doing pretty much everything that the big boys like ProTools and others can do.  You can record, import tracks and loops, and mix them all together to your heart's content.  On the down side it doesn't come with many extras.  No built in loops, and while it does ship with an assortment of VST audio plugins those wanting more flexibility will have to invest in them ala carte.

Mac and Linux only

For those who already have a Mac but don't want to buy into the iLife suite to get GarageBand take a closer look at Ardour.  While it only runs on Linux and OS X the program has quite a following for those who want a little more flexibility and customization over what GarageBand provides.  It provides you with an unlimited number of tracks to play with, you can sync the audio to a video feed, and it also is compatible with any CoreAudio hardware that you might have already invested in.  Take a look at an Ardour tutorial video for more information.