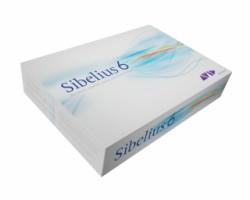 On May 19th Sibelius released the latest version of the Sibelius music notation program.Â  This version boasts a lot of new features, many of which are very significant improvements over the previous version.Â  But what exactly are the new features of Sibelius 6 and is it worth the investment?

Although Sibelius 6 is just now being made available for purchase I was able to take a closer look at many of its new features, features that give music educators as well as professional composers new toys and abilities to craft the perfect score.Â  Each of the main features is briefly explained below:

This one is just plain cool.Â  When a composer enters in lyrics, dynamic markings, and other staff text there is always a problem with these elements overlapping.Â  Positioning each element manually was often the only way to avoid collisions and keep things legible, especially when working on a lengthy or complex score.Â  The Magnetic layout feature makes each element on the page either attract or repel its neighbors, using rules that can be adjusted to meet the user's individual needs.Â  If a dynamic marking gets too close to some lyrics the elements move apart.Â  The demo showing this feature is much more descriptive than I can be in this article so be sure to take a look at the video.

With the new Sibelius 6 each time the user saves a score they can save it as a new version, allowing the user to go back in time and open older files to recover from changes that did not go the way they had intended.Â  At the same time it can be used very effectively by music educators as a way for the teacher and student to interact with each other.Â  A student submits a score, the teacher makes comments and asks for revisions, and the students revisions can be followed throughout the entire project as elements of the music are changed or added to. Teacher comments can be added as little colored sticky notes that show up in the score wherever necessary.

Sibelius 6 can be used over a local area network, allowing a teacher to control individual workstations from their master computer.Â  A teacher can send assignments to students, receive completed assignments, and even take over control of the copy of Sibelius that is running on the other computers in the lab.

Other Significant Improvements To Sibelius 6

Among the other notable features in this new version of Sibelius is the addition of something being called Live Tempo.Â  Using a hotkey or MIDI device the playback tempo of a piece of music can be dynamically controlled by the user.Â  These tempo changes can be saved for later use.

There have also been several changes to the playback engine, removing the old add-on Kontakt Player for an integrated virtual instrument system that seems to run faster and more reliably than in the previous version of the software.Â  A user can also integrate Sibelius playback with ReWire capable software programs such as ProTools and Garage Band, allowing audio tracks from those programs to sync up with music being performed within Sibelius.

In keeping in line with previous version updates Sibelius 6 comes in several different upgrade options.Â  For those moving to Sibelius from other music notation programs there is a crossgrade option.Â  For those new to this type of software there is also a standard new license pricing as well.Â  For more details on pricing and packages visit the list of Sibelius 6 pricing options at Amazon.com.

For details on educational and network licensing visit the Sibelius 6 web site directly.