Is Beta Blocker Use By Musicians A Form Of Doping? - Opinion 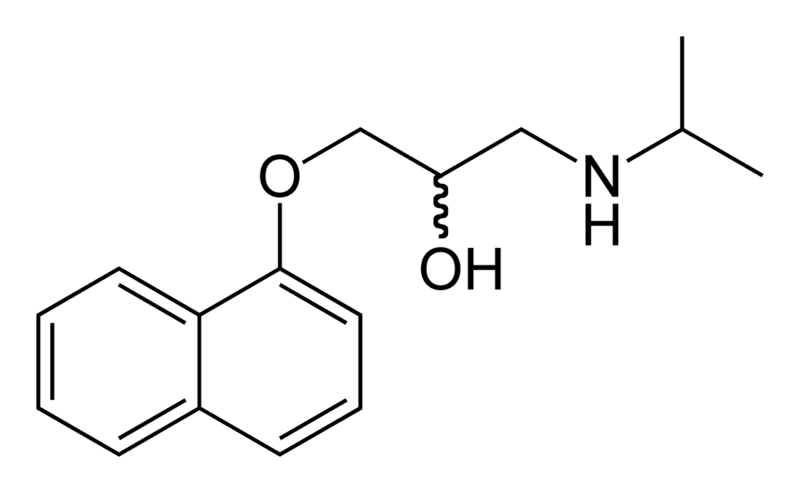 In professional and amateur sports there are serious rules about using performance enhancing drugs.   Across the world using such drugs is considered a cheat and getting caught using them carries a stigma that is incredibly difficult to overcome.  The musical world has no such rules and probably a more colorful history than most professions in this regard, but a new kind of drug is slowly creeping into the music education arena.  The use of the drug combats one of the most common ailments of all musicians, performance anxiety or stage fright.  The drug?  A type of prescription pharmaceutical known as a beta blocker.

Every musician has at some point in their life felt the unease of stage fright.  For some people this performance anxiety is little more than a mental block, a fear of messing up that makes them more likely to second guess themselves and mess up during a performance.  For others, stage fright can manifest in a more obvious way in the form of shaking or twitching in the hands and extremities.  The anxious twitching is often attributed to the fight or flight response that all humans have toward certain negative stimuli.  For someone being chased by a bear having your body on such a high state of alert is a good thing, but for a musician trying to play a delicate passage that requires extreme care in terms of finger pressure and nuance it is not.

Most musicians eventually overcome their fears and mature to the point that these problems no longer affect them.  For some amateurs and for those performing in a high stress event such as an audition, beta blockers are increasingly being used by musicians as a way to calm this involuntary flight response.

What Are Beta Blockers and What Do They Do?
Originally prescribed for heart patients as far back as the 1950's beta blockers were never intended to combat the physical symptoms of stage fright.  However, like many other medications over the years doctors began to prescribe them "off-label" when they discovered that the symptoms of stage fright were similar in many ways to the symptoms the drugs were intended to counter.  They are prescription drugs, and thus must be monitored and prescribed by a physician, and this is where perhaps the biggest concern arises.

Beta blockers in the musical arena are more and more often being used without any doctor's supervision.  Much like illegal drug use a pill may change hands between friends before a major performance or audition.  Beta blockers are used as needed, so often a single pill is all that is necessary for a specific episode.  Unfortunately many of the students who use them are unaware that there are serious side effects (including death) that the drugs can cause, especially in people with diabetes or heart problems.

How Should Music Schools Handle The Issue of Using Drugs To Combat Stage Fright?
Perhaps a more direct question is, should music take the hard stance of competitive athletics and say that using such drugs is akin to cheating?  The International Olympic Committee defines doping as, "the use of an artifice, whether substance or method, potentially dangerous to athletes' health and/or capable of enhancing their performance."  Does the use of a beta blocker rise to that level of offense?  Some would claim that using beta blockers to combat stage fright does exactly that, but when analyzed the reality is somewhat less cut and dried.

There are two main distinctions that should differentiate the use of performance enhancing drugs in athletics from the use of beta blockers by musicians.  First, in the case of athletic doping, drugs are used to improve physical performance and to give the athlete an edge over the competition.  Second, drugs used by athletes tend to be taken over longer periods and have serious long term side effects.  In the case of beta blocker use by musicians neither of these two issues are present.  Musicians who use beta blockers to combat stage fright do not get an unfair advantage by using them.  The drugs do not suddenly make a performer play more musically or pay closer attention to detail.  They do not increase mental clarity or increase muscle response times.  Their only use for a musician is to calm the involuntary muscle movement associated with severe stage fright.  In addition, beta blockers when used by musicians are not taken long term.  Generally speaking they are used only as needed to reduce negative fight or flight symptoms.  By virtue of these two arguments it could be said that beta blocker use by musicians does not rise to the level of doping offenses that are seen in athletics.

Conclusions
These things having been said, the use of such drugs by musicians in an educational context without a prescription should be an issue that schools discuss with their students and be prepared to have a response should it be brought to their attention that such unmonitored sharing of beta blockers is occurring.  The negative publicity for a school and the health consequences to a student that has an adverse reaction to such a drug without a doctor's supervision could be severe indeed.  It is best for a school to be proactive in this regard rather than reactive when and if something does happen.

It should be noted that the issue of using a substance to combat stage fright is not new by any means.  There are dozens of other tricks and methods that student musicians have used to  overcome performance anxiety.  The best of all of these continue to be adequate preparation, acclimation to the performance venue, and developing a personal performance routine.  Excellent resources on how to combat stage fright without drugs are available and should be examined as more appropriate options, leaving beta blocker usage as a last resort rather than a first line of defense against stage fright.

Please note that the author of this article is not a doctor. The statements made are purely informed opinions and are not a medical recommendation of any kind. Please consult your physician if you are considering taking beta blockers to combat stage fright or performance anxiety.