For Musical Instruments Made In China No Longer Means Poor Quality 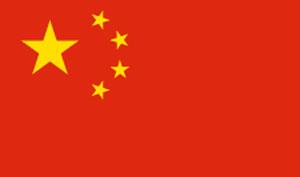 Just because an instrument has MADE IN CHINA stamped on it no longer automatically means that it is of poor quality. It turns out that the thing that matters, usually, is the age of the company and the attention they give to improving their products over time. New manufacturers and manufacturers with low budgets for research and development of their products in order to meet the lowest possible price points will almost certainly have problems.  Recently though, some low cost manufacturers actually have figured out how to avoid that problem and create instruments that in most cases are more than acceptable to music teachers and school band directors.

Manufacturers such as Anthem, Accent, and several others are part of the new crop of musical instrument manufacturers that actually have managed to get things right. Both companies were founded by individuals that were highly experienced in the industry and that had already learned from watching other instrument companies make some big mistakes. They and other companies like them have begun to put together catalogs of instruments that music retailers and band directors can both approve of. Problems with intonation or sticking tuning slides get fixed with the next model year and repair parts are made quickly and easily available to the stores that sell them.

From a musicianâ€™s perspective companies such as these have another plus in their column. Instead of demeaning their products and their profession by selling their products through discount chains and toy stores some companies such as Anthem and Antigua began by working very closely with brick and mortar music retailers to create a line of instruments that those stores would be willing to stake their reputation on. They then provide those stores with all of the materials and equipment needed to repair and service those instruments quickly and efficiently and they do it at roughly the same price as the brands found on eBay and other online sources.

While these "store brands" may be slightly more expensive than the cheapest instruments found on Ebay and elsewhere the reality of these mid range instruments is that they tend to have fewer hidden costs and are more easily repaired by simply walking into the store that sold it in the first place.  Before buying or recommending any instrument be sure to do a little research and see if your local retailer has staked their reputation on a specific brand.  If so you can probably be certain that it will be a good value for the money.