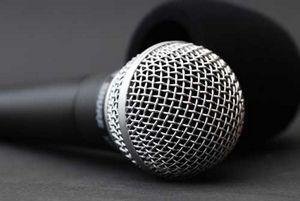 Wireless Microphones In The Classroom and Beyond

As music teachers we are regularly expected to work with and administer all kinds of audio devices from classroom stereo systems to large public address systems.  Although wireless audio systems were once quite complicated to use new technologies and simplified setup options have turned finicky wireless audio systems into educational tools that are infinitely easier to use than previous generations.

Many teachers are now beginning to realize just how useful wireless mics and amplification systems can be.  “The simple act of amplifying your voice with a wireless mic can do wonders for helping students in the room hear and understand you without causing you to strain your voice in the process.”  Says Kirk Kassner, Ph.D. retired music educator from Washington State. ”I found microphones very useful in rehearsals.  If I didn't use the mic, my voice would be shot by the end of the day.  Even though my students were trained to pay attention and keep noise to a minimum, with that many bodies in a room, the ambient noise level is challenging to speak over and be heard succinctly.”

Kassner also says that classroom wireless systems can be of great benefit when dealing with special needs students.  “I was fitted with a wireless mic headset that transmitted short distances to a student with limited hearing ability.  It strengthened sounds enough so she could participate in music class as if her hearing was in the normal range.  After a quick sound check to make sure she could hear, I pretty much forgot I was wearing it and went about the lesson as usual, except trying to keep my lips visible for her to also read my lips.”

How Wireless Microphones Work (And How They’ve Improved)

Companies such as Sennheiser, Audio Technica, and many others now sell wireless microphones that take the guesswork out of what once was a fairly complicated setup process.

There are three parts to any wireless microphone system, a transmitter (usually in the form of a belt pack), a microphone that plugs into the transmitter, and a receiver that plugs into your room’s sound system.  Most newer models provide easy one button setup or fully automated setup options where the units will automatically search for and find the best wireless frequency for your particular venue. This, along with the use of multiple antennas on the receiver prevent most instances of signal loss.

Tips For Getting The Most Out Of Your Wireless Microphones 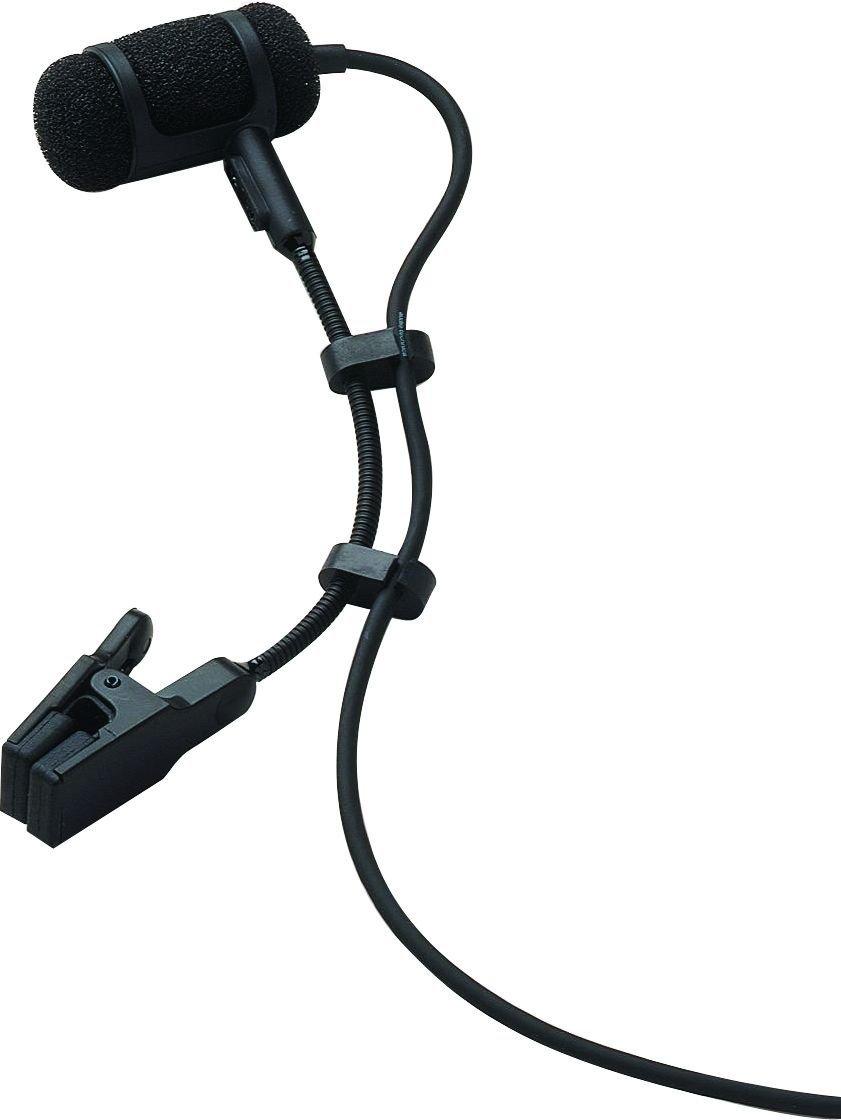 There are three basic types of microphones that are commonly used today.  Lavalier mics clip to the clothing of the performer or to the performer’s instrument while headset mics hook over the ear and rest beside the performer’s mouth. There are also traditional handheld wireless mics which can be carried normally or mounted on a microphone stand.  Wireless manufacturers sell many different models of mics, most of which can be plugged into the same belt transmitter pack.

In solo vocal settings there are a number of reasons to prefer headset mics. First among these is that the closer the mic is to the source of the sound the better the quality of the sound will be.  Joe Ciaudelli, Sennheiser Spectrum Affairs Correspondent says that “if you have a lapel mic you may get some echo and ambient noise.  A headset mic is better because it is so much closer to the mouth.”  He suggests that users place the microphone element at the corner of the mouth rather than in front to avoid problems with breath noises and popping of hard consonant sounds.

Of the three main types of microphones lavaliers tend to be the most problematic if they are not attached correctly to the performer. Most lavaliers are omnidirectional and thus pick up sound from all directions.  While this makes them very versatile it also means that they will pick up room noises and other sounds from around the performer just as easily as the performer herself.  Ciaudelli says that “It’s important to dress a lapel mic correctly. Don’t put the mic under a collar or it will sound stuffy.  Also try to create some kind of strain relief so that if the mic gets pulled by the clothing it will not pull the mic and cause it to make noise against the shirt.”  He suggests making a loop around a button or something similar so that the wire doesn’t get pulled too tight as the performer moves.

When dealing with handheld mics remember that just like corded mics they have different pickup patterns.  Cardioid and supercardioid microphones pick up sounds directly in front of the mic or slightly off to the sides.  This is great for filtering out crowd noises or limiting the mic to one instrument but if the performer holds the mic incorrectly the mic may not be able to hear them properly.and no amount of adjustments at the mixing board will be able to fix it.

For general vocal or instrumental applications Ciaudelli recommends using their Sennheiser MKE2 lavalier model mic together with an EW122 transmitter and receiver for best results.  Audio Technica’s Marketing Director, Gary Boss suggests their ATM350CW which comes with a special mounting gooseneck for attaching to an instrument.  Combine this mic with one of their new Audio Technica System 10 wireless systems for a complete multi-purpose microphone solution. 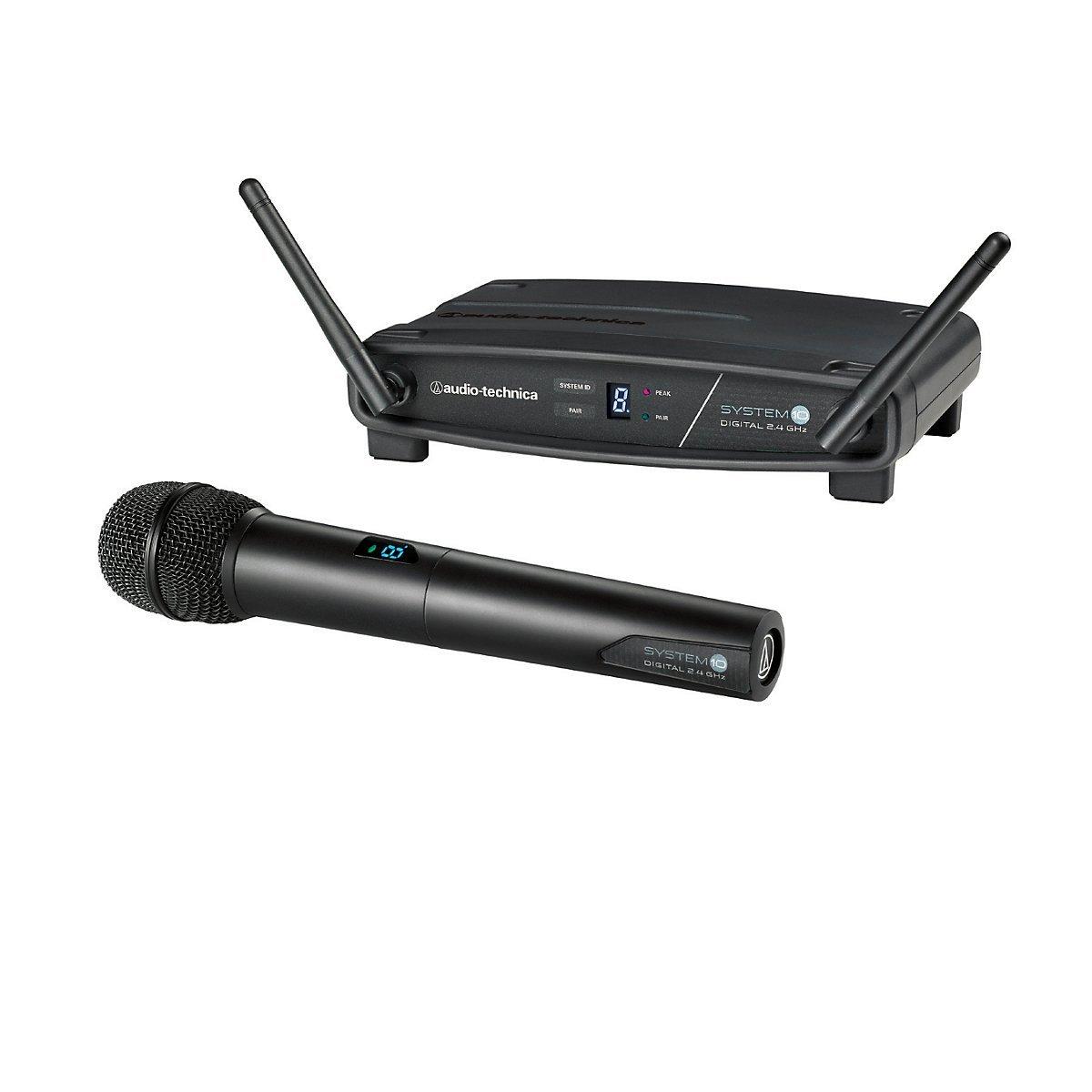 Most of the current crop of wireless systems operate in the 500-600mHz range. Ciaudelli recommends that any potential new purchases of UHF based wireless mics be limited to those models that work in the 500mHz range due to potential changes in the future by the Federal Communications Commission (FCC) that may eventually make older 600mHz gear illegal to operate.  At the same time, Boss points out that some manufacturers such as Audio Technica are avoiding this potential problem by moving up into the 2.4 GHz spectrum along with using multiple antennas and automatic frequency switching features to further reduce the chances of signal loss or distortion.  Says Boss, “with our System 10 models if someone turns on a new device that starts interfering then the unit automatically switches to a different channel.”

If gain (volume) levels are set too high the system will “clip” the signal making it sound like the mic is dropping out when really it is functioning correctly.  Begin with the wireless receiver and set the gain just below the red line when the performer is singing or playing at their loudest.  Once the transmitter and receiver have their gain adjusted move on to the mixer and finally the amplifier.

The human body dampens radio signals significantly.  Make sure that the transmitter pack is not touching your skin during a performance.  If using a handheld hold it in the middle, not the bottom end as that is where the antennas are located.

Avoid having the antennas of the receiver touch anything made of metal.  If your music room has a metal sound cabinet you may need to remove the receivers from it when in use or use an external antenna.

In performance situations swap in new, fresh batteries for every performance. If you choose to use rechargeable batteries spend the extra money and get a professional quality computerized charger that will condition the batteries between uses making them more reliable and helping them last longer.