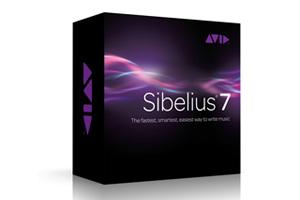 Back during the first week of July Avid announced that it was restructuring a lot of it's holdings.  Among these was the announcement that it was selling its consumer audio and video product lines and closing the UK Sibelius development and support team.  Does this mean the end of Sibelius past the current Sibelius 7 version?

Cutbacks at Avid Leave The Future of Sibelius In Doubt

In a press release dated July 2, 2012 Avid announced major cutbacks and restructuring in order to help bring it back to profitability.  The selling off of M-Audio recorders and the Pinnacle Studio video products were the big things in the release but also planned is the closure of the Sibelius team.  Despite the announcement of the Sibelius UK team shutting down Avid is continuing to say that  they are committed to Sibelius and that this is why they are not selling off the brand despite some major financial hardships of late.

Despite this statement that Avid is not "killing" Sibelius there has been a strong showing by Sibelius users demonstrating their support and desire for Avid to follow through with the promise and continue to support and improve the music notation software program.  Derek Williams is one such supporter who has created a Facebook page named Save Sibelius where he posts the contact information for the Avid board of directors and other relevant links.  It has already garnered over 2500 Likes in the few days it has been open.

Other users of Sibelius have posted hundreds of comments to the Avid Community blog page where Martin Kloiber, Avid' VP of Audio Products and Solutions posted his response to the outcry to save Sibelius.  The majority of posts have been in support of continuing the product but there is a large undercurrent of concern as to how a product like Sibelius can survive when the team responsible for it has been axed.

Only time will tell as to whether or not Sibelius will survive as a music notation system.  The Sibelius 7 version came out in July of 2011, two years after version 6 went on sale.  While the two year launch window is not an indicator by itself one has to at least assume that there will probably not be a version 8 coming any time soon considering the problems over at Avid.