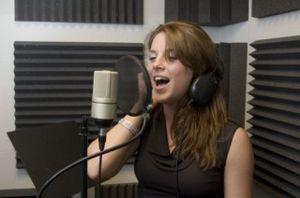 No one can deny the benefits that recording our soloists and ensembles can provide. From an educational standpoint recordings of rehearsals and performances can provide many different opportunities for critical evaluation and enhanced learning in the classroom. Those same recordings can often be used as public relations, marketing, and fundraising tools as well. However, there are others who think of a classroom recording studio as much more than a way to record and listen to student performances. Some see it as an educational class all to itself. The growth of digital music distribution has garnered a related growth in the recording fields, pushing recording and audio engineering classes to be created at community colleges and universities all over the country. A few secondary schools are also picking up on this and beginning to offer classes in these areas wherein the students walk away with a certificate in the recording arts as well as an extensive portfolio of their own work to show to potential colleges and employers.

One such such educator is Beth Hollenbeck of Scotts Valley High School in Scotts Valley, California. Hollenbeck came into teaching after a long career as a professional musician. With three CD's to her credit she switched to teaching in a high school program where she now serves as the only music teacher for both choir and band. As a part of her graduate studies she did her thesis on how to infuse an existing performance based music program with content sought after by those interested in more contemporary studies related to the recording industry. This started her on the path that led to the construction of a professional quality recording studio within the school walls. The educational programs that came as a result of that investment led to Scotts Valley High School being recognized as a Grammy Signature School Award winner.

Planting The Seed Of A Studio

While it is certainly possible for a school with adequate funding to create a recording studio on their own it is better to have the support and backing of the community. In the case of Scotts Valley the idea for creating a recording and audio engineering class in the school was one that had been initially brought forward by individuals associated with local audio equipment manufacturers Antares and Universal Audio. Living next door to the Silicon Valley and having access to both the recording industries of Los Angeles and San Francisco there were other reasons that the project made sense as well. Many of the area colleges had seen the need for an audio production program in the high schools that would help to teach students the basic prerequisite skills needed to prepare interested students for collegiate level recording programs.

Creating a studio and the educational programs that often go along with it is something beyond the skill set of most music educators unless they have been appropriately trained. As a result of these community influences and her own personal experiences as a touring musician Hollenbeck decided to apply for a teaching certificate with California's Regional Occupational Program (ROP) in addition to her California Single Subject Credential. As a result, students that would eventually take the recording classes she was to teach would leave high school with a basic background in the art of recording and provide a basis for future college coursework.

Once the decision was made to move forward with the project Hollenbeck began planning the coursework that would take place within the studio. The initial offerings in the class were limited to basic recording concepts and techniques. Things such as cable and microphone selection, mic placement, and audio troubleshooting became a routine part of the class. Learning to use and configure various audio software programs and use them to create quality mixed recordings of student performances is another. In the future Hollenbeck intends to include other aspects of the music industry as well such as songwriting for radio, marketing, promotion, and how to read and understand a recording contract. The class also hopes to help place students into internships with local audio companies or recording studios.

With the basic form of the curriculum in place Hollenbeck began to work extensively with area colleges to plan the physical part of the recording studio. "The first thing to do," says Hollenbeck, "is to talk to local colleges and find out what they are using in their programs as well as what my students need to know before they get there." These talks with the colleges led to the school deciding to use Apple's Logic as the primary software package for the recording and editing suite.

With the help of the local businesses that offered to build the studio the next decision was to determine what other equipment would be needed. Santa Cruz County's main career technical education delivery system is the ROP, so their funding was used to purchase the 24 Mac computers needed. Headphones, microphones, cables, and all of the associated software were purchased through grants and community donations and installed into an unused classroom. A small office on the side of the room was converted into a recording booth and the classroom outside it was wired for recording. Donations of acoustical foam were used to treat the room and make it more appropriate for the recording sessions that would take place in it. Area clubs such as the local Rotarians and others also chipped in with donations of time and money to outfit the studio. "You have to get your community invested in the program for it to be successful," says Hollenbeck. "The local audio businesses made a commitment to us that they would help repair, maintain, and equip the studio as we moved forward with the class."

The first students in the new program entered the classroom in the fall of 2012, only a year after Hollenbeck and her supporters began working on the project. That fall all 24 available seats were filled. For her part Hollenbeck has been pleased with the program so far. "I can't imagine it going any smoother. The whole process was met with enthusiasm and support from all angles." The recording program at Scotts Valley has not been without its problems, but thus far the program's uccesses far outweigh the challenges. Hollenbeck hopes that these successes will push the program forward to bigger and better opportunities in the future.