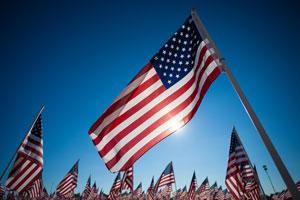 July is nearly here and what a better way to keep your kids (and music students) practicing over the summer than to get them to play a little patriotic music for the family at your next gathering!  Be forewarned, a lot of the composers who wrote many of the most familiar American patriotic songs did not really have beginners in mind when they wrote them.  Most of these pieces are playable by beginners after about one year of training, and whenever possible I rewrote them a bit to make their easy enough for my 6th grade band classes to play.  Here is the full listing of United States patriotic songs that we have available here at MusicEdMagic: 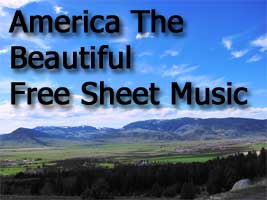 This article includes links to free public domain sheet music for the patriotic poem, Battle Hymn of the Republic, written by Julia Ward Howe in 1861 and set to music previously written by William Steffe in 1855.

My Country Tis of Thee

This document contains the words, lyrics, and music to the traditional patriotic song, "My Country 'Tis of Thee." You can view the music or download the individual parts arranged for standard concert band instrumentation.

The Stars and Stripes Forever

The Stars And Stripes Forever is one of John Philip Sousa's most famous and most often played works. Written in 1896 while on a trip to Europe, the familiar strains of this tune today are commonplace at celebrations, band concerts, and patriotic events across the United States of America.

Believed to have been written in 1755 by British surgeon Dr. Richard Schackburg, Yankee Doodle has become one of the most well known pieces of music in the United States. This document contains the sheet music to Yankee Doodle in both PDF and Sibilius Scorch formats. Parts are available for all common concert band instruments including voice.

You're A Grand Old Flag

This article contains links to the individual sheet music parts to the chorus section of the patriotic song, "You're A Grand Old Flag," written by George M. Cohan, as a part of his 1906 musical, George Washington Jr.