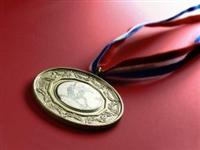 I have tried many different kinds of classroom incentives over the years and in the end they have almost always failed to provide any significant improvements while at the same time driving me insane (and into the poor house) trying to keep up with them.Â  I have recently tried something that is much more intrinsic although it is very much an extrinsic motivator as well.Â  It doesn't cost anything (other than paper and ink) and is fairly easy to manage.Â  It will sound rather strange but bear with me...

There is an update to this article available here.  The update includes a complete set of downloadable PDF documents that shows how this band incentive and achievement system works.

I was going to do a little mini unit about the President's Own United States Marine Band in conjunction with the inauguration of President Obama.Â  At the same time I was also hashing out a new beginner incentive program that was going to be loosely based on the Recorder Karate program that our general music department uses.Â  Rather than simply reusing the same karate motif I decided to create something totally different for my 5th and 6th grade bands and base it on the oldest, and one could argue most prestigious, musical organization in the United States, the Marine Band.

Moving Up In Rank

The 5th graders are like the enlisted people, they use the enlisted ranks (private, corporal, etc.).Â  On the very first day of class the student can earn their first rank (Private First Class) simply by learning how to put their instrument together, get a good tone, and put the instrument away again safely.Â  Each rank moves them on through their lesson book, focusing on important new skills or techniques.Â  The top four ranks in this 5th grade category do playing tests from the various sets of Rubank scale studies that are provided in the back of the book.Â  In order to pass a new rank the student has to play the song for SmartMusic Studio and pass it with at least 90% accuracy.

The 6th graders are the ones that stuck with the program and decided to go the extra mile so they start their 6th grade year as the officers (lieutenants, captains, etc.).Â  If a 5th grader finishes book 1 early they can move on into the officer ranks before they reach 6th grade.Â  Regardless of where the student is though, when they enter 6th grade they automatically become a 2nd Lieutenant and can start moving up the ladder once they reach the appropriate milestone.

As I mentioned each rank is tied to a specific line in the lesson book and in order to be totally fair I make them pass that line with SmartMusic being the final judge.Â  I created a very cool color form in Microsoft Access and made it so that each month I can print a new copy and the appropriate rank advancements will be colored in.Â  To really hook them I made it clear that anyone that manages to become a General by finishing book 2 will have their photo taken and permanently displayed in the band room as one of the very few that manage to complete the entire second book.

To push the students that might not be able to advance through the book very fast I added several sets of "personal achievements" to the form.Â  These achievements serve in a similar way to the medals that are worn above the pocket of a military veteran.Â  A bar is given for having four weeks of perfect practice records.Â  Another is for not forgetting their instrument and/or music for an entire month.Â  Other achievements are more fun, such as taking the initiative to play a solo or simply going to watch a band concert at the high school.Â  I even put in the Purple Heart for those that have had their instrument injured in the line of duty.

At first I was mildly worried that this idea would backfire in some way, or that some parents might take objection to the idea of their daughter or son saying that they were a Sergeant or a Lieutenant Colonel in the Band.Â  I am happy to say that so far that has not happened, and in fact, during conferences many parents seemed very interested in the whole thing.Â  The response from the students has been quite good as well, with some students coming in to spend hours playing on SmartMusic, trying to finally get the song 90% correct.Â  I am only a few months into it but I couldn't be happier with it at this point.

Once I get a little farther into this I might try to make the Microsoft Access database I am using to organize the thing available as a download.Â  If you are interested in this program please let me know and if there is enough interest I will do my best to get it out to you.