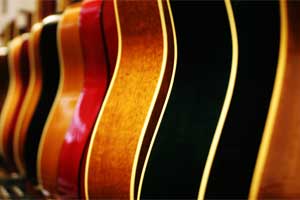 I don't get into the legal arena very often so it feels kind of strange to be talking about a legal settlement between the US government and Gibson Guitars.  Honestly I have been rooting for Gibson ever since I first blogged about the raid back in August of 2011.  I was happy to see them settle this thing and be done with it, but then I read the statement that Gibson CEO Henry Juszkiewicz released about it.  After doing so I found myself actually switching sides a bit as his response strikes me as one part "mild mannered response" and three parts sarcasm.

For those who were not aware, several years ago the US government raided Gibson's manufacturing plant (wearing full riot gear and carrying rifles no less) to sieze a supply of Madacascar ebony wood that was suspected to be illegally imported under a law called the Lacey Act.  Just recently Gibson settled with the government in a rather unorthodox way agreeing to pay $350,000 and in return no criminal charges would be pursued.  That brings us to the statement sent out today by the company CEO.

The first three paragraphs of the statement are indeed pretty mild.  He explains the settlement and says the company just wants to move on.  They obviously believe that "Gibson was inappropriately targetted," and that they had done nothing wrong.  Fine.  Leave it at that and I would have remained totally on their side, but then Juszkiewicz starts to backtrack in what I think is a rather sarcastic manner.  He lists five questions and answers that people might have about the settlement and a couple of them seem to drip with pouty, angry sarcasm toward the government and the US Fish and Wildlife Service.

In one question he asks, "Wasn't the Government's conduct here, with its armed raid on your headquarters and manufacturing facilities, so outrageous and overreaching as to deserve further Congressional investigation, just calling a spade a spade?"  In another he asks, "How did you settle on this unique form of agreement, and doesn't it represent just a fig leaf to cover the Government's naked surrender?"

Maybe I am reading things differently than others do, and if so please feel free to leave a comment in the form below this article and tell me so, but my own personal opinion is that Juszkiewicz would have been much better off just to end his response with the official statement and leave out the petty verbal shots at the government found in the Q and A.